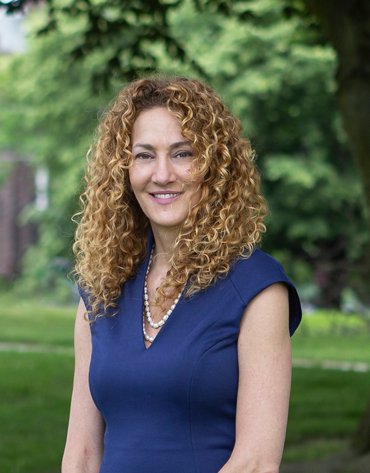 Alysia has been practicing law for nearly 30 years. She began her career as an Assistant District Attorney with the Brooklyn District Attorney where she was quickly promoted to Senior ADA in Homicide division. She prosecuted over 100 complex and often multi-defendant cases to verdict. She was a special prosecutor to Staten Island on a first-degree Murder case involving organized crime. She was worked on death penalty cases and many high-profile murders. She was a regular commentator on Court T.V. for criminal cases including Michael Jackson and O.J. Simpson. She tried over 100 jury cases to verdict without ever losing a single case.

After leaving the DA office, she returned to her hometown in the Hudson Valley and worked at a prestigious medical malpractice firm as a trial attorney until she started her own firm in 2003. During her tenure as a med mal attorney she tried numerous cases all resulting in successful verdicts.

She opened offices in both Orange and Dutchess County. She is a resident in both Orange and Dutchess County and is well know in all Courts in the counties. She built her practice solely by word of mouth and referrals from her clients and client’s spouses. She did so without advertising or even a website until 2020. Her compassion, knowledge and positive results built her a reputation as a well-known and respected matrimonial attorney.

Alysia has been representing clients in matrimonial and family matters since 2003 and has concentrated in high asset, financially complex matters. She is known for her ability to decipher and unravel complex financial circumstances and think outside the box in regards to settlements. She has a comprehensive and thorough grasp on taxation and valuation of businesses and investments. She is well known for her ability to parse through complex corporate matters and narrow down issues of contention.

Alysia is also a certified mediator and received her collaborative training and certification. She actively advocates for mediated agreements and collaborative divorces in which the parties can part amicably and continue to co-parent successfully and in peace. Keeping a focus on the children and moving forward is her mantra instead of fighting and seeking retribution.

Having a family in the real estate business in Dutchess county for over 45 years has led her to represent many clients in purchasing and selling of their homes. She has a staff well versed in real estate and is available to respond quickly to get the sale done.

Alysia’s proclivity is to resolve matters before going to Court. She prides herself on being able to truly understand what is important to her clients and guide them to a peaceful resolution.